Nine excited girls attended an art workshop at Invicta Grammar School for a day of flower related art.
After a brief introduction, the girls explored a range of wet on wet techniques. They put water onto their cartridge paper and then dropped drawing ink on to it to see the effects as the ink spread across the page. However, the blowing of the ink with a straw added to the excitement! There were some pretty patterns being experimented with which were to be used later in the day for the final products.
Then the wax crayons came out and the girls drew versions of the flowers with the wax before adding water and seeing the effects of the lack of colour where they had used the wax. The final experimental techniques used salt to soak up some of the water and ink to create different tones and effects, as well as putting cling film onto the wet areas to create a marbling effect which was very impressive.
Miriam really enjoyed using the straw technique, and then produced a lovely star flower by carefully placing water to ensure the ink spread into petal shapes. Whereas Catherine was able to add paint whilst her head darted around looking at the other children’s work! She then created a big yellow flower with a black centre before adding salt to change the tones. Talia mixed yellow, orange and pink to a lovely effect, which looked like a Chinese New Year firework display. Georgia’s colourful piece looked like it could be part of the Beatles Yellow Submarine images. Niamh used a mixture of brush techniques and soaking effects to make a flower picture. Tilly used the straw technique to good effect producing a poppy type flower and stem. Kacy made a field of flowers with her mark marking. Summer produced a flower with some blowing and painting skills. Tilly-Rose carefully made an open flower and included the sky in the background.
After a break for drink and snacks, we started the 3D representations. We were shown some physical and pictorial examples of flowers made from water bottles, yoghurt pots and straws which alongside images of real flowers provided us with plenty of inspiration. Tilly-Rose used the hollow handle of a milk bottle to hold her stems together, which we all agreed was a great idea.
There was cutting, gluing and reworking going on. Kacy made a great stem by wrapping green string around the straw to give it texture. Tilly made a wiry flower in a jar. Georgia’s bottle flowers were lovely.

After lunch we were shown some paper flower techniques on add to our 3D efforts and the final presentation began. Catherine added a bee to her flower display and Tilly-Rose a headband. To end the workshop, there was a big display of all the flowers that had been made. It looked fantastic.
We were ably aided by Evie and Isabella from Year 8 throughout the day.

Greenfields perform as part of the worlds largest choir at the o2arena. An amazing opportunity for our fantastic KS2 choir. They worked so hard to learn and perform the songs.

We held a Performing Arts Workshop for our talented dancers

We were lucky enough to be selected to work with a local artist on the Ash Project. Look at our work on Day 1

Greenfields attend the Arts Scholarship Programme Day at Valley Park School - a brilliant day for everyone!

Greenfields hold their own Arts afternoon with dance, singing and music performances, what a talented lot you are!! 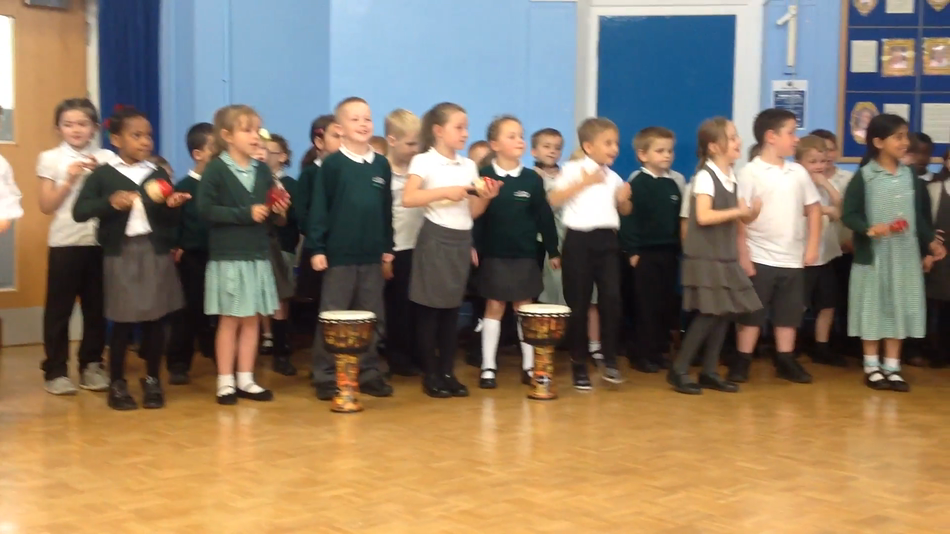 Listen to our recorder performance in the video resource section 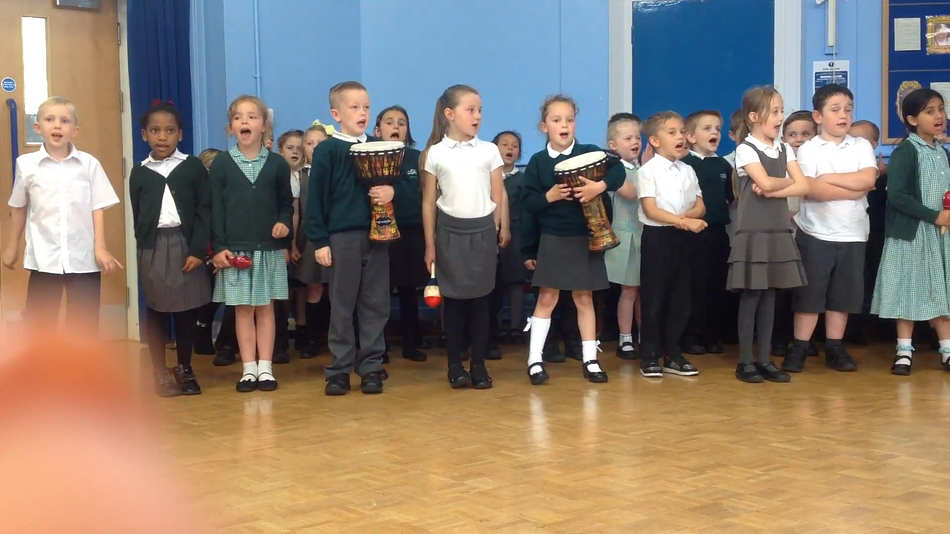 Our dance troupe are invited to perform at a showcase of dance talent in Kent run by Folkestone Performing Arts Academy , watch our performance in the video blogging section

Willow Trees having lots of fun at their Spring Sing along performance, thankyou to All Saints Church

Greenfields make their banner ready for the KS1 singalong in Maidstone

Well done everyone for a brave performance!

Greenfields perform at Young Voices at the o2 - Look at our video blogging page to listen to us sing!!

Lower KS2 choreographing their performances for the dance afternoon